Soria Moria: A Hotel With a Heart

As the first employee-owned hotel in Cambodia, the team at Soria Moria has won many prestigious accolades and we are proud to work to work with the local management and staff in continuously trying to improve the ‘Soria Moria Experience’ for guests, staff and local community alike.

The staff have an interesting story to tell too, and if you have the time during your stay they are more than happy to share it with you!

Here’s an introduction to some of the staff you might meet during your stay.

Roeun Samnieng was born 10 January 1982 in Tatouk Village, Siem Reap Province. Both his parents were farmers. Due to the Khmer Rouge and civil war (the Khmer Rouge had a stronghold in the Tatouk area until 1995), Samnieng was not able to start primary school until he was 13 years. Samnieng’s father died in 2000, and since then Samnieng has helped his mother to support and take care of the family. He had 11 siblings, but 6 died during and in the aftermath of the war. Samnieng is married to Ratha; and are proud parents to Sanyra.

Samnieng started his career as a steward in Earthwalkers Guesthouse in 2004. His positive work attitude, willingness and ability to learn helped him to quickly climb up the career ladder and worked his way up through the different departments. During his days off he spent time volunteering at projects with the Norwegian Educational Development Organization (NEDO) placing water filters and assisting in art classes for children.

In 2006 he started working full time for NEDO, and a few years later he became the Project Manager. Samnieng has completed a Bachelor degree in Finance and Banking at Build Bright University sponsored by NEDO. Currently he is on an overseas exchange program and on placement at the Quality Hotel Expo in Oslo, Norway.

Sam Sokha was born 20 May 1983 in Siem Reap Province. Her father was a former soldier and her mother is a housewife. Sokha has two younger siblings, and spent many years under the care of her grandmother during the war. Sokha is the proud mum of Visal.

Sokha started her career as housekeeping staff in Earthwalkers Guesthouse in 2002. Showing a genuine interest in learning and developing, she climbed up the career ladder through the various departments at the guesthouse and in 2005 Sokha completed a short course in Front Office Management at Paul Dubrule Hospitality School. In 2006 she was rewarded with a short course in Organizational Behavior at The International Tourism Institute in Thailand before she started her bachelor degree in Tourism Management at Build bright University which she successfully completed in 2009.

She is currently studying hard for a Masters in Business Administration at Build Bright university and will major in Human Resource Management, sponsored by Soria Moria Higher Education Program. Since 2007 she has worked as the front office Manager in Soria Moria Boutique Hotel. Her dream is to help empower the women of Cambodia, as she is a prime example of how a little support, a lot of determination and hard work can help a person out of poverty. In her spare time she works with various NGOs championing women’s human rights and has spoken at conferences highlighting her experiences and what is possible.

Yin Sochen was born 23 march 1987 in Siem Reap.  His father is a farmer and his mother is a primary school teacher. Sochen joined the Soria Moria team as a waiter at the opening in 2007. He had just completed a short course in Front Office at Sala Bai Hotel School. He has since then completed his Bachelor degree in Tourism Management, and moved into Front Office and administration.  He just started a Master of Business Administration in September 2010 and will major in General Management, sponsored through Soria Moria Higher Education Program. Sochen was in 2009 voted as the Colleague of the Year by the employees in Soria Moria (joint with Dalis).

Eam Chandy was born 14 January 1985 in Kandal Province,  both her parents are farmers and she is married to Yan, together they have one daughter, Cahn Z0 Ley.  Chandy started her career in Earthwalkers Guesthouse as a housekeeper in 2005. It quickly became evident that service was her strong side and she was rewarded with a F&B Management course at Paul Dubrule Hospitality School. She joined the Soria Moria team as a Restaurant Manager at the opening in November 2007. Chandy has completed her Associate Degree at Build Bright University, where she came in as second in class, and has completed a Bachelor Degree in Business Administration, sponsored by Soria Moria Higher Education Program.

In 2013 – 14, Chandy gained valuable international experience at Quality Hotel Expo in Oslo, Norway, on the exchange program with FK exchange.

Sim Sakana (Sina) was born on February 15th in 1984 in Siem reap province. Her parents are farmers, and she has 5 sisters. Sina is married to Tony, and together they have 3 children. Sina has only completed grade 9 in secondary school, but despite lack of higher education, Sina has a lot of work experience from some of the top hotels in Siem Reap.

Sina joined Soria Moria’s Front Office team at the opening in 2007 and she has previously spent time in Bangkok, which has given her a great international experience and boosted her confidence.

as born 13 June 1982 in Siem Reap province. Mao is married and has two sons. His parents are farmers, and to earn his living he started working in a relative’s guesthouse in 2003. Private sponsors from England paid for his chef education at Paul Dubrule Hospitality School and upon completion he obtained a job at a hotel restaurant. Working long hours with low salary, he had a difficult time supporting his wife and new born son. He was happy to join the Soria Moria team in January 2008.  He has worked under the supervision and training of 4 western chef and was in 2009 promoted to become the head chef in Soria Moria’s Fusion Kitchen. Mao was honoured with the Employee of the Year award in Soria Moria in 2009.

n 10th of August 1982 in Pouk district. Her parents are farmers and she has been living with her aunt in Siem Reap for the past 11 years. Dalis has only finished 5th grade at primary school, but is a very bright, hardworking and capable young lady. Prior to working at Soria Moria she worked at a snooker club, cleaning tables. At Soria Moria she quickly showed capability and responsibility and became department head for housekeeping in 2009. Joint with Sochen, she was voted the colleague of the year in 2009 by the staff in Soria Moria. In her free time she is a tailor, a new skill she has acquired, and thoroughly enjoys. If needed, she produces everything from clothes to pillows and lamp shades for the hotel.

eth was born in 1984 in Kampong Cham province. She has 4 sisters and 1 brother. She has one son, Bon Heng. Sadly, both her parents died when she was 3 years old, so she was raised by her aunt. When her aunt died, while she was in high school, she was sent to live with another aunt, which unfortunately did not work out so well. Happily, she agreed to live with her older cousin in Siem Reap and started working in Earthwalkers guesthouse as a cook assistant in 2004. As her English improved, she moved into service and enjoyed practising her English with the guests. She joined the Front Office team in Soria Moria, just after the opening. She is currently studying in her third year in Build Bright University, sponsored through Soria Moria Higher Education Program.

Alongside Chandy, Marideth has also recently completed a years work experience at Quality Hotel Expo in Oslo with FK Exchange. 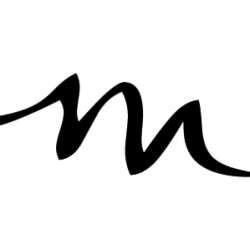